Presented as a collective of found documents intertwined within a first-person narrative, The Mictlan Murders explores a story of supernatural manipulation and human sacrifice. The investigation into a series of ritualistic murders unfolds through witness interviews, police affidavits, journal entries, and email transcripts. Readers can attempt to piece together the evidence in this unique mystery that will leave them guessing until the end. Published by Bards and Sages Publishing. 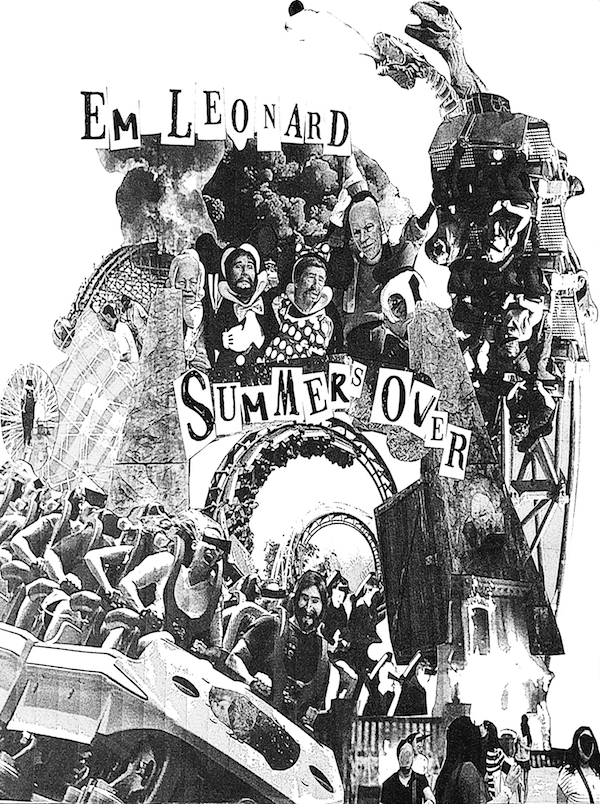 Summer’s Over are five demented tales that take place within the five major theme parks in Southern California. This book is complete with a custom crafted picture to accompany each story, created by the author Em Leonard. It’s a top down creation from cover to cover…
-A deadly religion recruits members from Six Flags Magic Mountain
-Creepy stalkers waiting in line at Disneyland
-Paranormal activity inside Knott’s Berry Farm
-Dark experiments from Sea World
-An alternate reality at Universal Studios

This is an ode to the vacationer’s utopia that is Southern California. Please keep your hands and arms inside the car at all times…

Em Leonard has been published in three editions.